When we research financial services and especially tax relief companies, we tend to make the rounds checking review sites for the company in question. It’s important to see a consumers-eye-view of a situation so we know what the public sees – and can tell them all about what they don’t see!

NerdWallet is a company that comes up in this industry sometimes. While their main focus is on consumer financial advice in general, they do sometimes branch into tax relief advice. As always, we’re just here to report the facts and let you, the consumer, decide who to trust.

For a company that appears on the surface to be relatively benign, they seem to have attracted an incredible amount of hate. We dug into this and found out that there seems to be a coincidental run-in with a certain Internet subculture behind some of it. 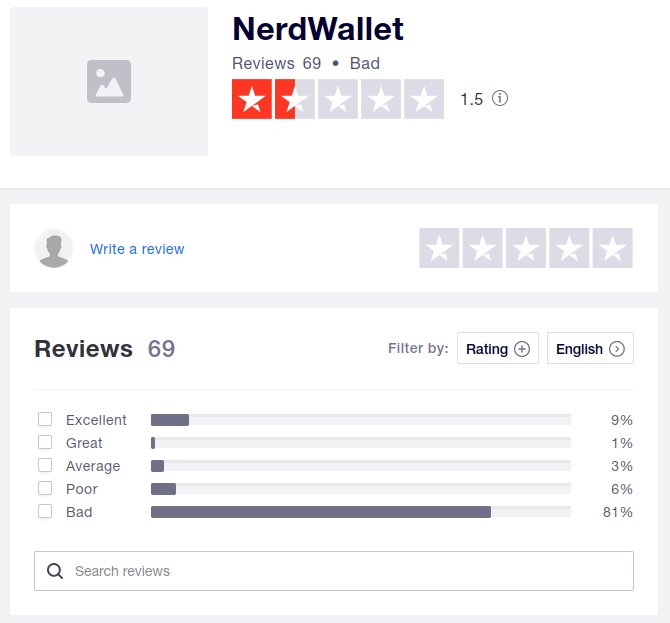 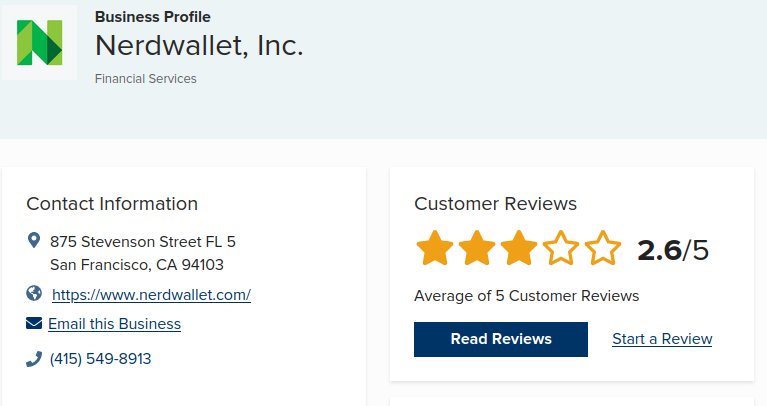 As far as TrustPilot is concerned, NerdWallet has an awful reputation. It’s nearly as bad on the BBB.

We dug into these reviews and discovered that the majority of these complaints stemmed from an allegedly “racist commercial” they aired. News to us? We check our news sources and see no top headlines about a scandalous commercial. This was baffling!

An Accidental Brush With Politics

Finally we start to track down the main thrust of the “racist commercial” argument. It seems many comments on TrustPilot object to a line in the commercial saying “black-owned companies.” We read through the complaints left on TP and see many complaining that the mere line discriminates against whites.

OK. Affirmative Action is a thing in the US, built to grant special consideration to historically excluded groups such as racial minorities and women. Alongside that, since racial tensions came to a head in 2020, black-owned businesses have become a focus both in popular media and business culture. The commercial in question:

So there’s a series of financial goals that the company says they can help you with. One of them is “invest in black-owned companies” and another is “invest in green-owned companies.” Big scandal? Apparently so, according to a Reddit gripe thread, which also takes exception to what the poster claims is a “lesbian couple” – what, they can’t just be sisters or roommates?

The thing is, there’s nothing in the commercial that discriminates! There are indeed socially conscious investors who seek out niches of under-served entrepreneurs, and advertising that you can help connect those investors with the companies they want to fund is completely within the scope of a financial advisor company. There are no discriminatory laws against investing with a bias. You can seek out companies owned by red-headed Swedish supermodels who own parrots if you want, it’s your money.

In addition, we find out that NerdWallet was among several companies to pull advertising from the shock-jock FOX TV host Tucker Carlson. Again, nothing too scandalous there either; Carlson is famous for being controversial and companies are understandably skittish about having their ad on right after he’s dropped a bomb and angered large portions of the population.

So we see a clearer picture now. NerdWallet just so happens to have fallen into the right-wing spotlight, at complete random. Like Dan Quayle attacking Murphy Brown for bad family values or Ben Shapiro attacking Sesame Street for a leftist agenda, these things just happen.

It’s no skin off our nose, but it looks like NerdWallet is getting “review-bombed.” They may want to look into that.

Here’s Our REAL Concern With NerdWallet…

Now that the tempest in the teapot has consumed most of this post, we’ll address a flaw common to most consumer-focused product and service review site: potential bias.

Over any article with a review of products and services, NerdWallet posts the following advertiser disclosure: 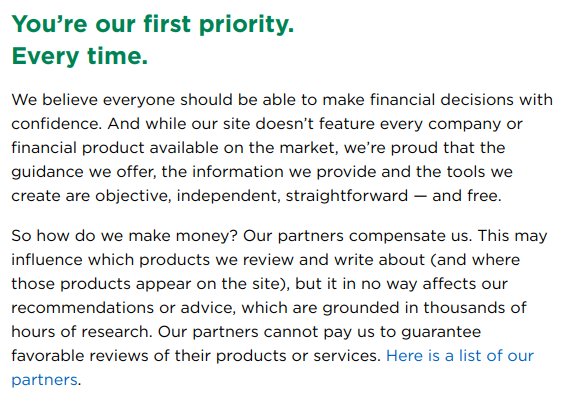 So this boils down to “companies pay us, which influences us somewhat, but doesn’t affect our recommendation.”

How does that work? They admit that “partner companies” may influence what products appear on the site. So if a company doesn’t pay them for a review, they may not cover it at all. Which means when they do recommend a company, that companies just happens to have paid them for placement.

OK, we’ll give them the benefit of the doubt as to the company’s internal ethics. If we’re interpreting the disclosure correctly, it’s saying that “you can pay us to review your product or service, but we’re still at liberty to say it sucks if it just sucks.”

For now, they’re just another site on the Internet that is on the radar of the financial industry. Let’s leave it at that.

Are you here because you have tax problems?

First of all, we publish a free tax help guide, so that you can handle your tax problems “do it yourself” style. Maybe that will help you, or at least you’ll be a better-informed consumer about your options.

Still need help? Right about now, how does an actual, expert attorney in tax cases sound? Now how about a free, no-obligation consultation, with our guarantee that we will not take your case until we know that we can improve it?

Sounding better? Set a free appointment for a consultation or call (888) 515-4829 with no further obligation today!